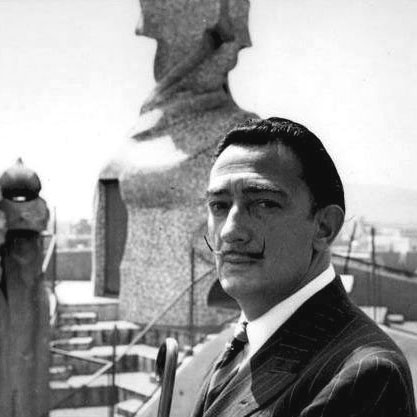 Salvador Dalí always expressed his admiration for Gaudí’s work, and was one of the first avant-garde artists to do so publicly. The materialization of works against the current of the established marks a parallelism between both geniuses that Dalí insisted on making visible. A 1929 writing confirns this praising the ability of Modernist architecture to create a world of pure and disturbing dreams, “solidified wish-fulfillments” .1 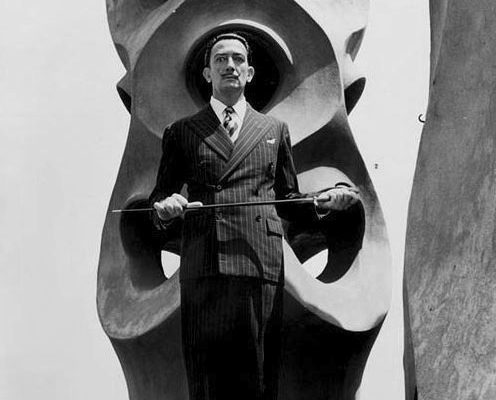 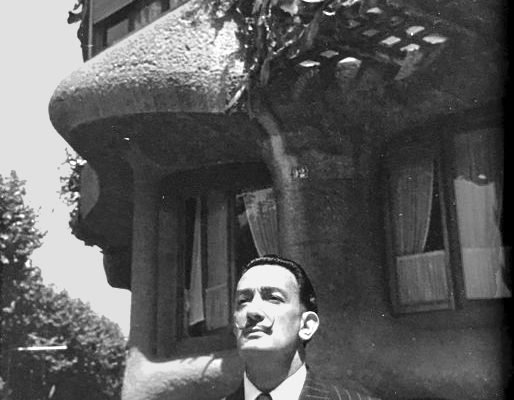 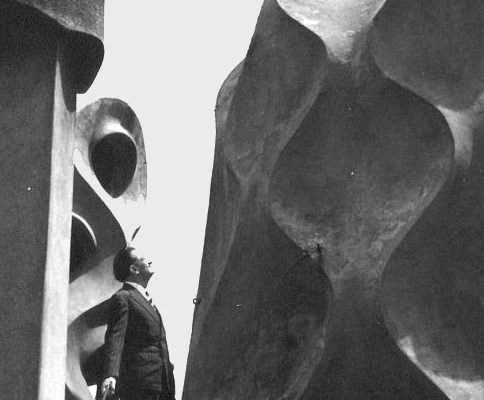 His 1933 article “De la beauté terrifiante et comestible de l’architecture Modern ‘Style” 2 goes further to define the art of Gaudí as “edible”, assigning it vital, nutritious properties, compared to the sterility he perceives in artistic dogmatisms among which he includes the then consolidated and indisputable functionalist trend.

These ideas were stated at a time when the dominant tendency was to reject Gaudí’s architecture and Art Nouveau in general, considering them to be formal extravagances from a past already surpassed by “modernity”.

In 1950 he wrote in an article in the Vogue magazine: “In Passeig de Gràcia you will find sensational examples of this type of delirious architecture, true solidified Debussian music” .3

Dalí defined Gaudí’s work as “soft architecture”. What could be interpreted as a pejorative expression is in his case the highest praise, especially for having been said to Le Corbusier to graph the opposition between Gaudinian architecture and the dogmatic rigidity of that of the Swiss. The anecdote was told by Dalí in his famous conference in Park Güell in 1956, where he added that architecture will be “hairy”, thanks to himself, “and then I will raise my eyes to the creative power of Gaudí”.

In another passage of his famous speech he described Gaudí’s work as a creative and morphological bomb dropped in the heart of Barcelona, where he raised sublime buildings. “It will be many centuries before another like Gaudí occurs,” he said to synthesize his undisguised admiration. Finally, he painted with tar on a large canvas a silhouette of the Sagrada Familia, which unfortunately was not preserved. Only a few photos remain showing the artist in action and the drawing with his signature.4 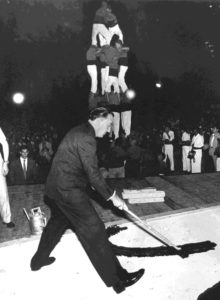 Imatges of the lecture of Dalí in the Park Güell on septembre 29, 1956 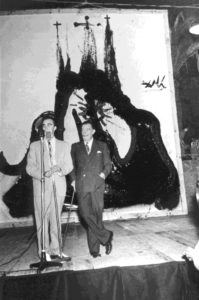 The plentiful work that the genius of Figueres produced applying his paranoid-critical method, based as he said “on the critical and systematic objectivity of associations and interpretations of delusional phenomena”, contains testimonies of his devotion to Gaudí.

Dalí titled two painting with express references to the architect: “Dionisio spitting the complete image of Cadaqués on the tip of the tongue of a three-level Gaudí woman” (1958) and “Double victory of Gaudí” (1982). There is also a 1971 lithographic series with an image of the Sagrada Familia and a set of drawings dedicated to Gaudí in 1976.

Dali’s birthday is celebrated on May 11. It’s a good time to remember that both great artists share the quality that their works admit various interpretations based on the perception each viewer makes from their subconscious. Dalí deliberately produced it through his method. Gaudí did not leave written explanations, but he could well endorse Dalí’s phrase: “What we see in things is not in things, but in the depths of our soul.”