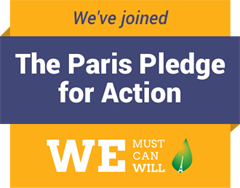 Since its origins human activity produced changes in the habitat, which for millennia had limited scope. It is from the Industrial Revolution when the power of the machines brought the ability to produce large-scale environmental changes. The belief in unlimited growth and the wrong convinction that resources were inexhaustible derived in uncontrolled exploitation.

Architecture accompanied this historical development with the use of new materials and techniques that enabled an excessive growth of cities and exporting constructive ways strange to the environment where they implanted.

In the second half of the twentieth century the symptoms of this disease whose price was the existence of countless ecosystems threatening global stability became visible. From different areas it is then realized that once destroyed the balance would be very difficult to compose a new one to preserve sustainability.

In order to delineate international policies to curb environmental deterioration, the United Nations developed successive summits, called UN World Summits on Sustainable Development that are known as the Earth Summits, the first was held in 1972. At these summits it was established the term "Sustainable Development" concept based on three pillars: society, economy and environment.

In this context, on May 24 2015 the Vatican published the Laudato Si Encyclical, which foregrounds the environmental problem calling for "common home care" to "damage caused by human abuse."

In 2015 was held in Paris the Conference of Parties to the Framework Convention of the Climate Change (cop21/CMP11) for universal climate agreement.

The successive Conferences of Parties sought to bring to reality what was agreed in Paris. The next one (COP 26) will take place in Glasgow in November 2020.