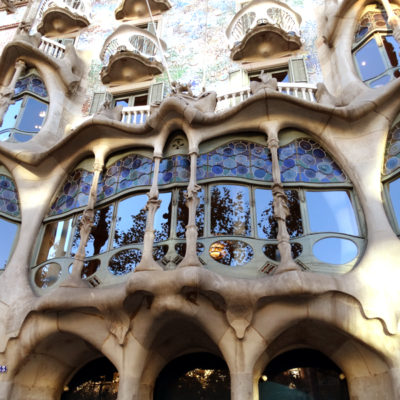 The serious coronavirus pandemic that affects the world these days reminds us that the urban configuration of Barcelona has a relationship with various epidemics of yellow fever and cholera that occurred in the 19th century. These diseases arrived by sea as a result of the interoceanic trade at the beginning of what we now call “globalization”.

Barcelona as many other cities grew enclosed by a belt of walls, causing densification along with health problems. In this context, the decision was to tear down the walls and urbanize the surrounding land to give shape to a “Ensanche” where the new building would enjoy ventilation and sunlight, in addition to the latest advances in sewerage and sanitation to prevent future pests.

Its layout was commissioned to the engineer Ildefons Cerdà, creator of the word “Urbanism”, who designed a grid with wide streets that intersect to form the characteristic “chaflanes” (corners). He conceived the front and rear parcels occupying two sides of the block, and a low population density to guarantee hygiene and health conditions.

Despite the fact that real estate speculation altered that idea, the layout was maintained and today its squares, hardly interrupted by singularities such as Diagonal and Meridiana avenues, are one of the main hallmarks of the city.

Gaudí took into consideration the ideas of hygienism. In his works he devised resources to facilitate natural lighting and ventilation of premises that anticipate what we now call “passive systems” of conditioning. He left expressed his thinking on the “Casa Solariega” (“Manor House”) writing: The good orientation and the abundance of air and light that urban dwellings generally lack, will be sought in this infinity of “torres” (isolated houses) that fortunately we also began to have around, and takes place the strange case of having most families two dwellings, and even stranger, the one with more conditions is the one that is used less.

He gives special importance to the orientation depending on the different activities: The large windows of the bedrooms face the east, the office and the family room at noon, the winter dining room and the visiting rooms to the west. He summarizes his ideas in a final paragraph saying that the house has as one of its objectives: To make, for its hygienic conditions, grow and develop strong and robust beings.

In 1885 when cholera was declared, Gaudí retired to the house of his friend Francesc Ullar Roca in Sant Feliu de Codines, until the disease remitted. It is said that there he designed a dining table for his host and also advised him on a textile factory, a subject that Gaudí knew very well because of his collaboration with the Cooperativa Mataronesa. The factory in question was later built following another project. Due to the friendship with Ullar and other citizens of the town, Gaudí projected years later a banner for the Sant Feliu Orfeón, still preserved in the local museum. 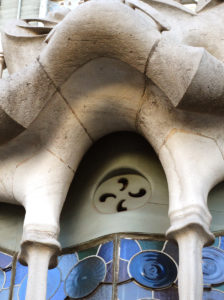 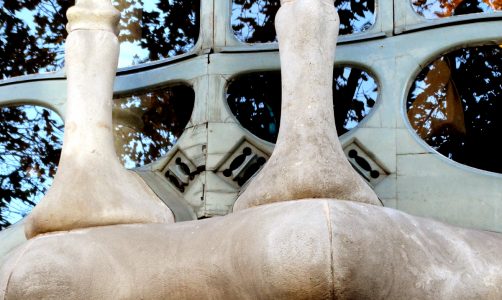