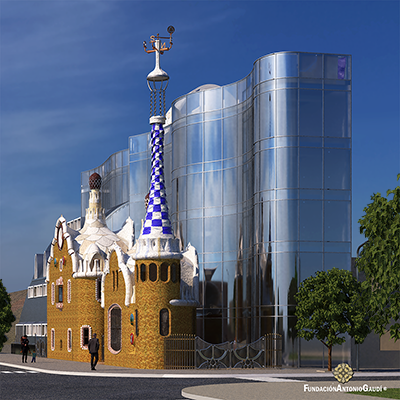 The Antonio Gaudí Foundation collaborates in the project for the construction of a Day Center for people with Autism Spectrum Disorder (ASD). It’s called “Gateateca” for its specialization in Animal Assisted Interventions (AAI) with the help of cats, and will be located in Mar del Plata (Argentina). The framework of the entrepreneurship is the agreement signed with the NGO Abriendo Caminos, which proposed as a premise that the building be inspired by the work of the renowned architect Antonio Gaudí as a reason for attraction to promote social awareness of ASD.

The Park Güell of Barcelona, space conceived for the development of a healthy life in contact with nature, was the work of Gaudí that was adopted as the generating idea for the design of the building. Its famous pavilions were reformulated so to adapt them to the characteristics of the site. The designs of the undulating bench and a stone portico were also incorporated into the project. 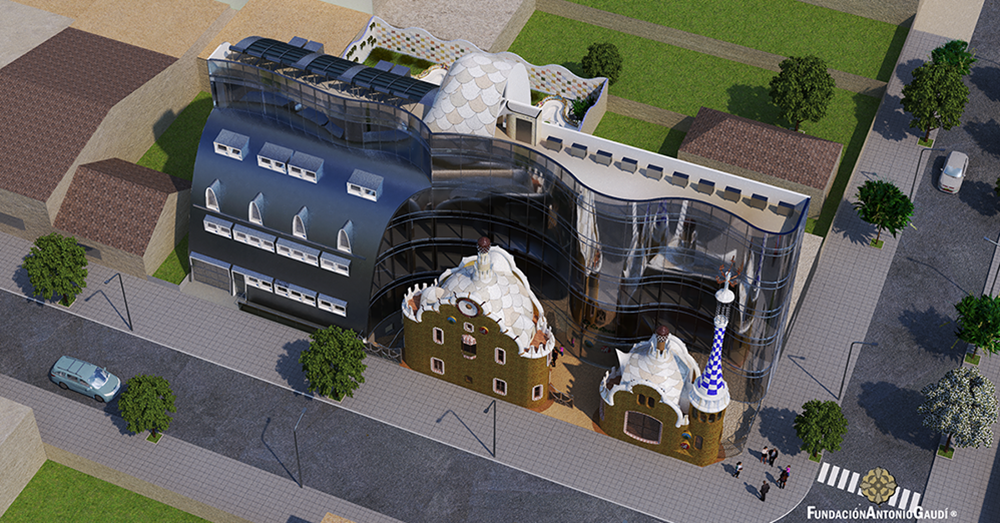 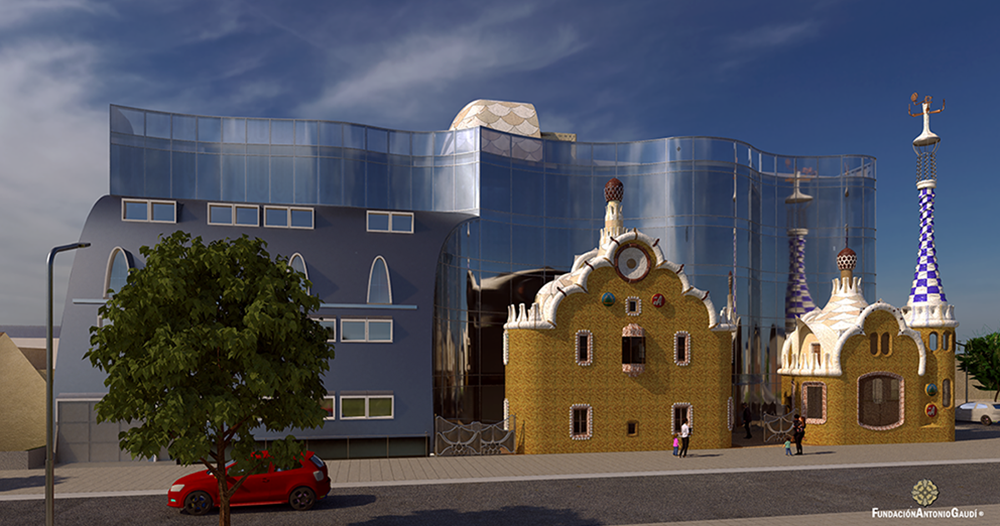 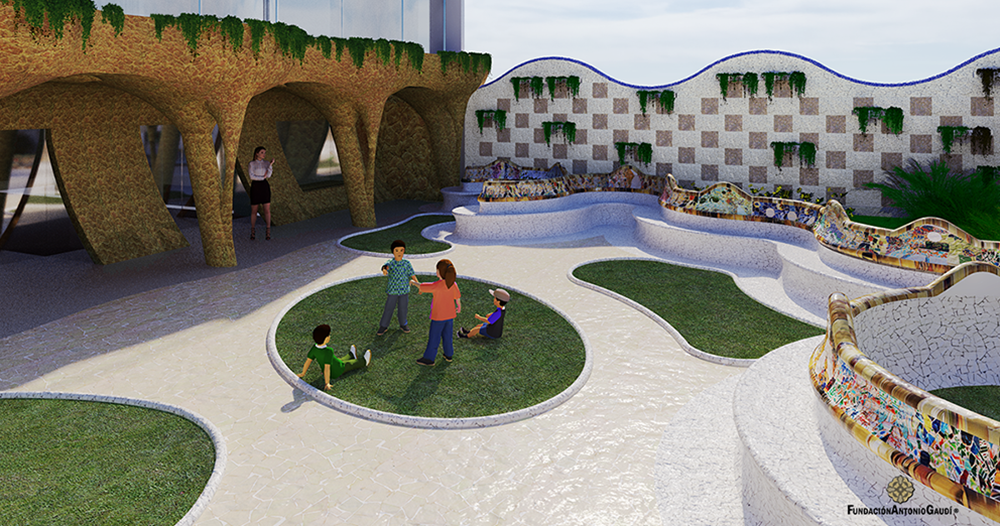 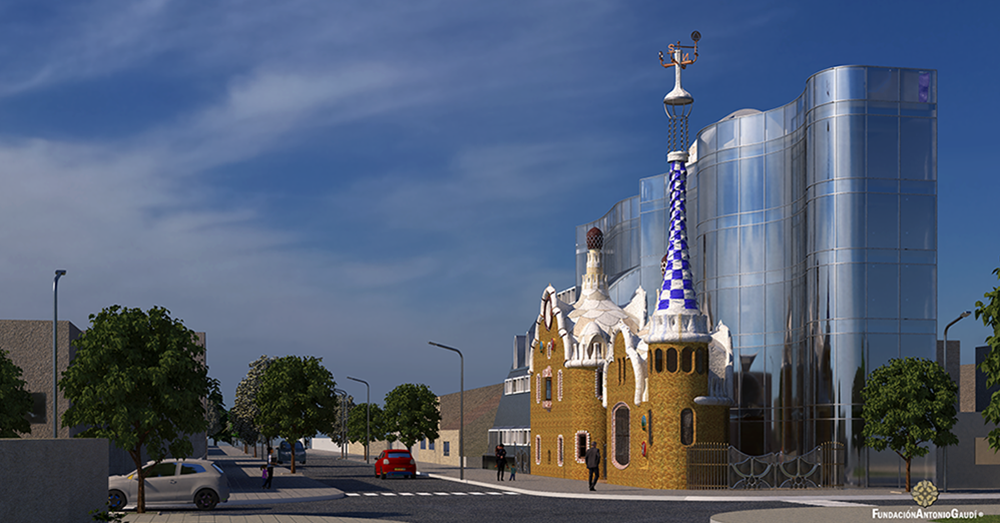 The project by Bibiana Sciortino, Ph.D. Arq. and Mario Andruet, Arq. proposes as a design premise a sustainable and energy self-sufficient building, in addition to being completely adapted to the needs of users with different capacities. The pavilions, intended for the most public uses -interpretation center and coffee house- form the entrance to the Center, divided into two sectors, developed on 5 floors and basements and with a catenary profile roof. One of the envelopes of the main block is an undulating glass wall that reflects and multiplies the image of the pavilions. 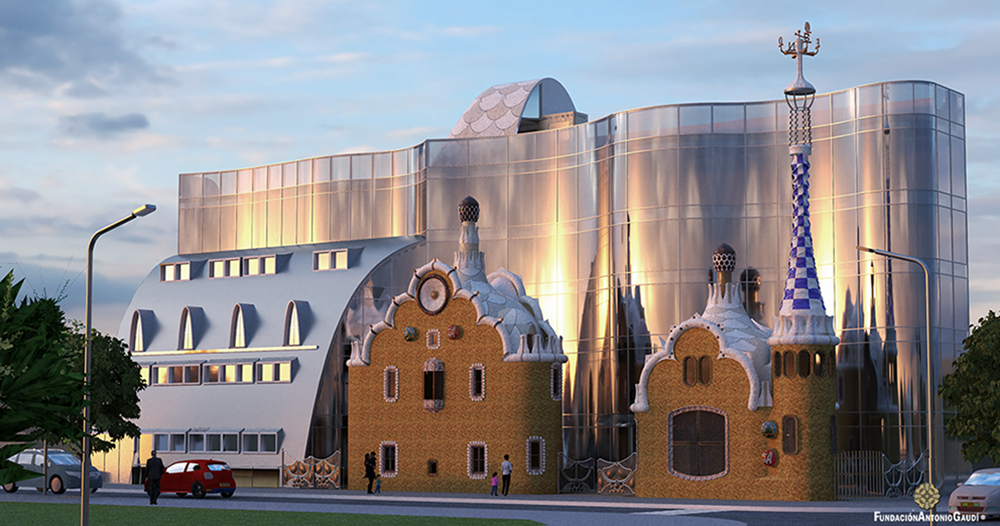 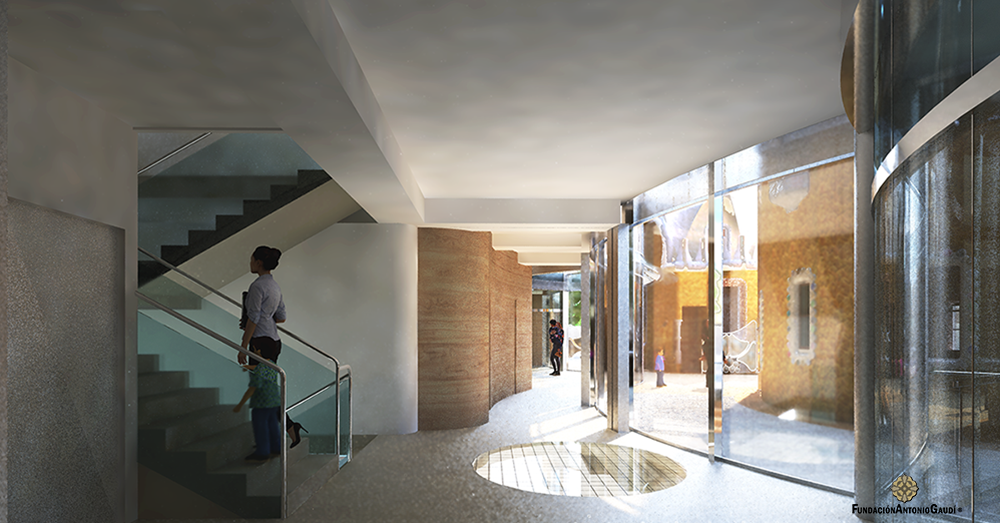 The main building houses the Center’s own activities: Rooms for the treatment of ASD with various methods, clinics, and premises for animal-assisted intervention, a veterinary, nursery, shelter to house cats and training areas. Other spaces will be used for divulgation and study activities, classrooms and a conference room. In the northern sector is located the garden with the reproductions of elements from Park Güell. The total constructed area is 3,311 m².