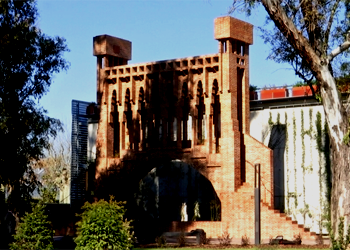 In 1976 another reconstruction of thismasterpiece was attempted in Reus, under the direction of Joan Bassegoda Nonell, which was half built. Another replica of a fountain of Casa Vicens can be seen in the gardens of Finca Güell. It is the one that disappeared when Las Carolinas street was widened. It consists of a dodecagonal sink with an octagonal shaped spout, covered with tiles.